Andrew Fraknoi is a science educator who is known for his skill in interpreting astronomical discoveries and ideas in everyday language. Fraknoi retired in 2017 as the Chair of the Astronomy Program at Foothill College near San Francisco, where he taught courses on “astronomy and physics for poets” attended by 900 students each year.  Now he is teaching short courses for retired adults at the University of San Francisco and San Francisco State University.  In 2007, he was selected as Professor of the Year for the state of California by the Carnegie Endowment for Higher Education. He has given more than 400 public lectures on such topics as “What Were the Atoms in Your Body Doing 8 Billion Years Ago?”

For 14 years, Fraknoi served as the Executive Director of the Astronomical Society of the Pacific, an international scientific and educational organization founded in 1889. He was also editor of its popular level magazine, Mercury, and its newsletter for teachers, The Universe in the Classroom. He founded and directed Project ASTRO, a program that trains and brings professional and amateur astronomers into 4th - 9th grade classrooms (now in 12 regional sites throughout the U.S.). An offshoot, called Family ASTRO, brings hands-on astronomy events and games to families around the country. He still works part time as Senior Educator at the Society, editing an on-line column and working on outreach projects.

A prolific writer, Fraknoi is the lead author of Astronomy, a nationally adopted introductory college textbook, published free by OpenStax with support from the Gates Foundation.  (See: http://openstax.org/details/astronomy ). He is also the editor of two award-winning guides for teachers, The Universe at Your Fingertips and Solar Science.  He wrote two children's book on astronomy, Disney's Wonderful World of Space, and When the Sun Goes Dark. With Dr. Sidney Wolff, he was the founding editor of Astronomy Education Review, an on-line journal/magazine about astronomy education.

Radio listeners know Fraknoi as a frequent guest on local and national news and talk programs. In Northern California, he appeared for over 25 years on the Jim Eason Show and The Pete Wilson Show and now is a regular on the Gil Gross Program on KGO. He has also been one of the most regular guests on the Forum program (with Michael Krasny) on KQED, and is the “astronomer-in residence” on the syndicated Mark and Brian Show out of Los Angeles. Nationally, he has been heard on Science Friday and Weekend All Things Considered on National Public Radio. His TV appearances include The Today Show, CBS Morning News, and Larry King Live.

Fraknoi serves on the Board of Trustees of the Search for Extraterrestrial Intelligence (SETI) Institute, a scientific and educational organization. He is also a Fellow of the Committee for Scientific Inquiry, specializing in debunking astrology. A few years ago, he was elected a Fellow of the California Academy of Science. In 2009 he served as national secretary for the program committee for the International Year of Astronomy, celebrating the 400th anniversary of Galileo’s first use of the telescope.

In 1994, he received the Annenberg Foundation Prize of the American Astronomical Society (the highest honor in the field of astronomy education), as well as the Klumpke-Roberts Prize of the Astronomical Society of the Pacific (given for a lifetime of contributions to popularizing astronomy.) In 2007, he received the Gemant Prize of the American Institute of Physics, for making connections between physics and culture (Stephen Hawking and the Producer of NOVA on PBS were previous winners.) His “Physics for Poets: Everything You Wanted to Know about Einstein but Were Afraid to Ask” course received the 2005 “Innovation of the Year” award from the League for Innovation.  More recently, he won the Faraday Prize of the National Science Teachers Association for effective communication of science.  Asteroid 4859 has been named Asteroid Fraknoi by the International Astronomical Union to honor his work in sharing the excitement of modern astronomy with students, teachers, and the public. 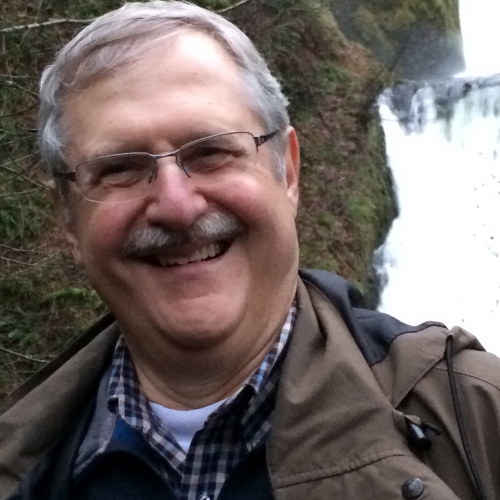 Primary Forum:Astrophysics
Audiences I Serve:
Types of Programs/Resources I Develop:
My SMD Projects:

Project ASTRO through the Astronomical Society of the Pacific

Resource guides on women in astronomy and multi-cultural astronomy with the Multiverse group at the Space Sciences Lab, University of California, Berkeley.

Astronomy: The Textbook (with David Morrison and Sidney Wolff)

When the Sun Goes Dark (with Dennis Schatz)

The Universe at Your Fingertips 2.0 (Astronomical Society of the Pacific

Science Fiction by Scientists (edited by M. Brotherton; features one of my short stories)

An Ancient Universe (on how we know the age of the universe is much longer than creationists claim; with B. Partridge, G. Greenstein, and J. Percy): http://aas.org/education/ancientuniverse (an earlier version, with activities can be found at: http:// http://www.astrosociety.org/edu/publications/tnl/56/index.html

Astronomy Education in U.S. (a general, older review of the many arenas where it takes place): http:// http://www.astrosociety.org/education/astronomy-resource-guides/astronomy-education-in-the-united-states/

The Cosmos in the Classroom Conferences (symposia on teaching Astro 101): https://www.researchgate.net/publication/269403760_The_Cosmos_in_the_Classroom_Conferences

Dealing with Astrology, UFOs…: A Guide to Addressing Astronomical Pseudoscience in the Classroom (in Astronomy Education Review): http://dx.doi.org/10.3847/AER2003022

Insights from a Survey of Astronomy Instructors in Community and Other Teaching-Oriented Colleges in the United States (in Astronomy Education Review): http://dx.doi.org/10.3847/AER2004002

So You Want to Start a Project ASTRO Site (Q & A on a program where professional and amateur astronomers are trained and assisted on how to adopt a grades 3-12 classroom): http://www.astrosociety.org/edu/astro/about/astrofaq.html

Steps and Missteps Toward an Emerging Profession (Education and Outreach in Astronomy): https://www.astrosociety.org/wp-content/uploads/2014/06/epo.pdf

Teaching What a Planet Is: A Roundtable on the Educational Implications of the New Definition of a Planet (in Astronomy Educat. Review): http://dx.doi.org/10.3847/AER2006028

Training Young Astronomers in Education and Outreach: The AAS Ambassadors Program (a workshop and community to help early-career scientists be better at outreach): https://www.researchgate.net/publication/268280400_Training_Young_Astronomers_in_EPO_An_Update_on_the_AAS_Astronomy_Ambassadors_Program

Unheard Voices: The Astronomy of Many Cultures (resources for astronomy instructors on the contributions of non-European civilizations to astronomy): https://www.researchgate.net/publication/271593401_Unheard_Voices_Part_1_The_Astronomy_of_Many_Cultures_--_A_Resource_Guide

Unheard Voices: Women in Astronomy (resources for astronomy instructors on the role of women in astronomy throughout history and today): https://www.researchgate.net/publication/271851473_Unheard_Voices_Part_2_Women_in_Astronomy_A_Resource_Guide

Why Should I Believe a Word of This? (a commencement speech on skeptical thinking): https://www.researchgate.net/publication/313023820_Why_Should_I_Believe_a_Word_of_This

Writing and Assessing Student Learning Objectives for Introductory Astronomy: Tips, Techniques, and What Our Community Needs (a conference report): https://www.researchgate.net/publication/268277729_Writing_and_Assessing_Student_Learning_Objectives_Tips_Techniques_and_What_Our_Community_Needs