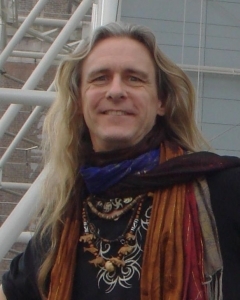 Carter is the Director of Astrovisualization in the Department of Education at the American Museum of Natural History.  Since 1998, he directs Space Show production for the Hayden Planetarium and oversees software development of interactive tools for visualizing the museum’s Digital Universe 3D Atlas.  As Co-I for the NASA supported OpenSpace software, he directs graduate student projects central to the core capabilities of this open-source effort.  He has guided a number of international collaborations with AMNH, including the National Astronomical Observatory of Japan, and the Media Technologies Department of Sweden’s Linkoping University from which OpenSpace grew out of and continues to contribute to.  In 2006, Carter received a Ph.D. in Astrovisualization from Linkoping University, and in 2016 he received the prestigious Technology and Innovation Award from the International Planetarium Society.  Carter grew up in New Jersey in a family of artists and began planetarium classes at the Hayden when he was ten years old.  He received his undergraduate degree in geophysics at the University of Colorado, Boulder where he was co-founder of the Case for Mars conference series and the original Mars Underground.  He has had careers in architectural modeling and technical space illustration where he contributed regularly to Smithsonian Air and Space Magazine, and for ten years was Apollo 11 astronaut Buzz Aldrin’s design illustrator.  He has worked at NASA Ames Research Center and in earth system data visualization at the National Center for Atmospheric Research prior to joining the staff at AMNH. 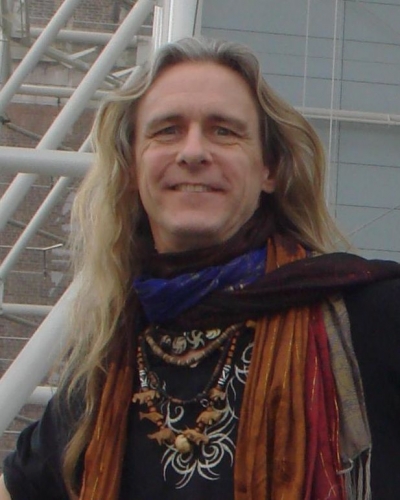 Carter Emmart, Ph.D. where he works, at the Rose Center for Earth and Space, AMNH.
Audiences I Serve:
Types of Programs/Resources I Develop:
My SMD Projects: