In spring of 2019, Earth to Sky's co-lead Anita Davis received an inquiry from Glacier Bay National Park (GLBA) rangers for new information about the changing glaciers in the park. Anita contacted Dr. Christopher Shuman (UMBC JCET), a scientist working at NASA Goddard Space Flight Center's Cryospheric Sciences Lab for any updates that might be provided. In turn, Dr Shuman undertook development of a 1972-2018 Landsat imagery time series depicting changes to glaciers in the park.

His analysis showed widespread glacial melt and increased debris-covered ice; flow system changes; ice front retreat; and recent landslides, some of which were news to park staff. This information and imagery were shared with the GLBA rangers in early July 2019. Park rangers used these images to describe and explore with visitors the changes happening in GLBA. One ranger stated that these images and Christopher’s assistance “completely transformed how they talk about glaciers at the park.” The dramatic changes, not particularly evident from the ground, came into sharp focus when viewed using the time series of Landsat imagery.

GLBA estimates that park rangers contacted nearly 1 million visitors with these images, or stories incorporating this new information, in both formal programs and informal visitor contacts in summer 2019. 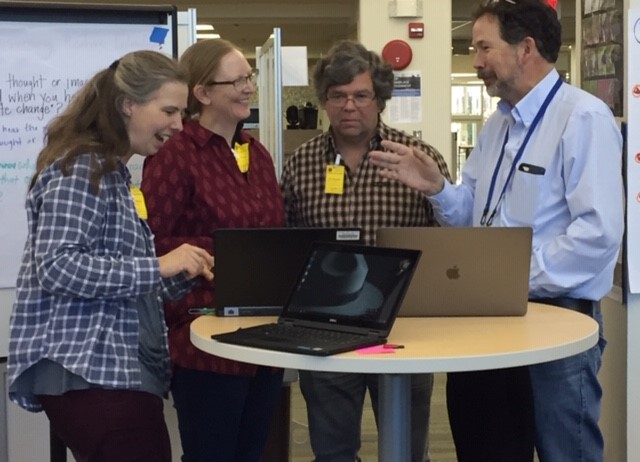 Dr. Shuman discussed future research opportunities with GLBA rangers during the recent Earth to Sky Academy held at GSFC in October 2019. He plans to update the time series using data from the most recent melt season that peaked in early September of 2019, then share it with GLBA staff before next year’s tourist season.